David Bowie was arrested in upstate New York in March 1976 on a felony pot possession charge. The Thin White Duke, 29 at the time, was nabbed along with Iggy Pop and two other codefendants at a Rochester hotel following a concert. Bowie was held in the Monroe County jail for a few hours before being released.
Source: TheSmokingGun.com. Graphics: Ray Heinsius 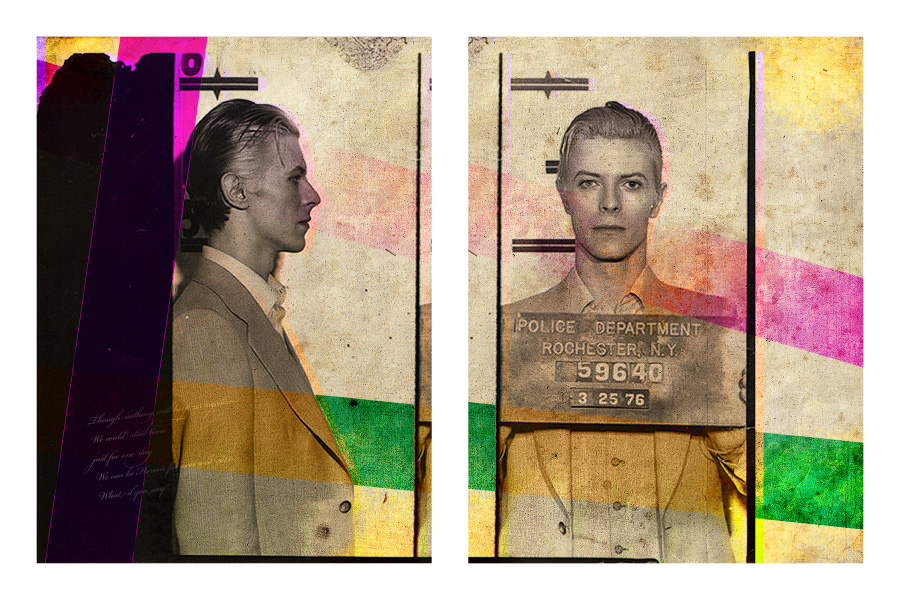